A CONVENIENT LAZINESS
I remember the first time I refused a shopping bag the person behind the counter looked at me like I was a lunatic. ‘How the heck are you going to carry that 2 x 2 inch packet in your hands! Are you sure you don’t need a plastic bag?’ Or at least that was the look on their face.

And then I started to count how often I was offered a bag. In one day I think it got to as many as 10 times during the same day! This made me realize if I was refusing on average 5 to 10 bags a day, that meant I was potentially reducing the amount of plastic bags that end up in landfills everywhere by at least 2,000 to 5,000 bags a year. If I then took into account how many my family would save, and if they did the same thing, and how many we would save if all our friends did the same thing too, I then began to realize we’d probably refuse on average around 100,000 bags or more between us, if not many more, a year.

In fact every year hundreds of thousands of plastic bags end up scattered throughout the environment where they remain for hundreds and thousands of years or more. It’s also a fact that 21% of all landfills are littered with plastic bags and when they inevitably fly away and float out into creeks and rivers, they not only pollute the environment and block drains and so on, they also, more significantly, kill thousands of marine animals and wildlife as a consequence.

Yet, the real question remains, why are consumers essentially so negligent and in truth so apathetic towards the inevitable reality of their irresponsible laziness. Although many countries, primarily outside of the US, have enforced such conditions as ‘re-use’ or implemented plastic bag recycling facilities, as well as taking steps such as charging for plastic bags, typically the US is still far behind. Which is not good enough. If the argument is that hundreds and thousand of manufacturing industries will close as a consequence then this is a pathetic excuse really because virtually every industry has seen similar modernization and transformation and people have continued to survive, that’s the nature of business. Besides the same factories could simply switch to making a biodegradable alternative. It’s not that complicated. 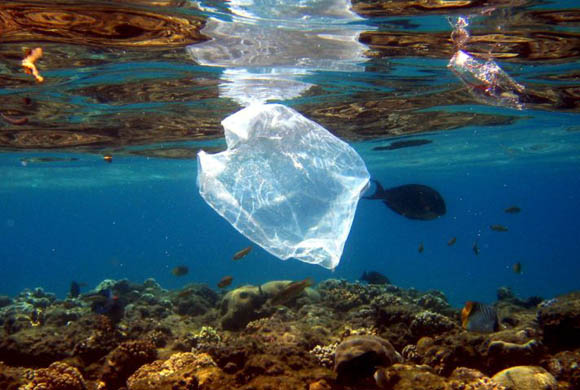 PLASTIC BAGS ARE BAD NEWS
The Facts
• An estimated 1 trillion plastic bags are consumed worldwide each year.
• Over 380 billion plastic bags, sacks and wraps are consumed every year in the US alone (Source: EPA).
• The US uses 100 billion plastic shopping bags annually at an estimated cost to retailers of $4 billion (Source: Wall Street Journal).
• Over 100,000 birds, whales, seals and turtles worldwide are killed by plastic rubbish every year.
• Plastic bags don’t biodegrade, they photo-degrade which means they break down into smaller and smaller toxic bits contaminating soil and waterways eventually entering back into the food chain when animals accidentally digest these small pieces of toxic waste.
• Globally we use approximately 12 million barrels of oil to produce the plastic bags that are used each year worldwide.

WHAT CAN YOU DO?
This is a worldwide issue, simply just say ‘NO THANKS’ the next time you’re offered a plastic bag and please sign the Petition.